Allison Sumrall
Salama (サーラマ, Sārama?) is a fairy of fire and one of the fairies of Elementario at Amagi Brilliant Park. She works with the other fairies in the park and you often see her with them.

Salamander, a fantasy folklore creature that is the spirit/fairy representing the element of fire. It often takes the form of six legged burning lizard and has a strong affinity with fire.

Salama has ruby eyes and short ginger hair which has a yellow gradient going towards her fringe and tips of her hair. She wears an orange halter dress that looks like fire. She has a red choker with a yellow ribbon tied. Her wings fall down and are ragged with pale red ends and small round holes. She wears red shoes and a red armband with a bow tied on it.

Salama has a laid-back and cool personality and can sometimes be clumsy. She is a realist as she is quick to point things out without considering people's feelings, though she is kind-hearted and doesn't intend to hurt their feelings. She is usually seen to be uninterested and unmotivated while performing at Elementario, though this could be due to little audience. She is often shown on her phone when not performing and she enjoys tweeting about her activities. She begins to show enthusiasm and motivation as the park gets more visitors.

She is also seen to be mischievous and likes to cause some trouble for the thrill of it, such as In Episode 3, it's revealed that she has caused flame wars in the past and In Episode 9 where she is curious as to what the red button does, despite being warned not to push it.

She is the Elementario fairy of fire.

Episode 1: She is performing with Kobory, Muse and Sylphy in front of a small audience.

Muse: At first, they seem to have a little complicated relationship, even if they're working in the same group. However, shown in Episode 9, their bond grew stronger, as they helped each other with the trials.

Sylphy: Fellow mate, doesn't talk with each other, but they are close friends.

Kobory: Fellow mate, they don't actually interact with each other, but they still are friends. 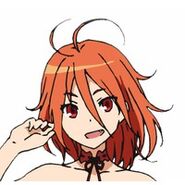 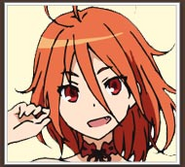 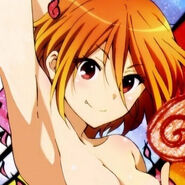 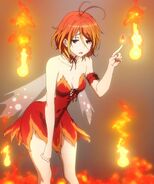 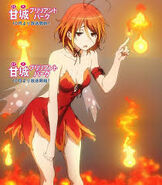 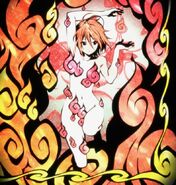 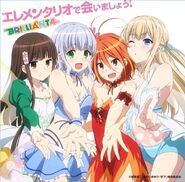