Pronouncement of the Disappointing Date Spot 1

Latifa is young girl with yellow hair, She has a silver teeny tiara and blue eyes. Her hairstyle is hips length and and she has hair which covers her entire forehead. She wears a peach and white dress. The top layer has flower patterns at the ends of her dress. She has a pink corset. Latifa wears white gloves. She wears two necklaces of different sizes along with a white see through wrap.

Latifa is cheerful person and she is often seen with a smile on her face. She is a caring and passionate person who is shown to be concerned about the future of the amusement park and it falling apart. Despite seeming soft and sweet, it's clear that she would go to great lengths to protect the park-evidenced by how she was willing to kiss a boy she had only just met to prove her "magic". She is a trusting person who is willing to put the future of the park in the hands of a stranger. She is also very calm in difficult situations.

Years ago, she was saved by a wizard who had been promised her in marriage. However,the King (Latifa's father) refused to keep his end of the bargain and tried to have the wizard executed. In revenge the wizard cursed Latifa with a spell that gradually removes her animus; a magical substance that all creatures from Maple Land require to continue living. However, as human happiness (or human animus) is a temporary source, she is able to draw sustenance from the park; albeit not sufficient for full strength, as she is seen to be permanently frail and weak. Her blindness in the novel may be derived from the same source.

Another effect of the Wizard's curse means that Latifa does not age normally. Upon reaching the 1st of August, the day that she was cursed, all physical changes and memories revert back to the previous year; meaning that she lives in a year cycle of being 14. Moffle explained that this has been happening for the last 10 years, explaining why Seiya remembers her to have had the same appearance in his childhood memories.

The origin of this curse stems back when the King of Maple Land, Latifa's father, broke the promise of wedding her daughter to the wizard that defeated the powerful dragon pillaging his kingdom. After the dragon was defeated by the hands of the wizard, the king turned his army against the wizard, whom cursed Latifa and then jumped to his death from a cliff, or so the legend says.

Moffle is her uncle who is tasked with watching over Latifa. They seem to be very close to each other. Moffle is very caring of her as he objects to anything that Kanie puts her in, due to her bad health. In episode 8 of the anime, Moffle mentions (when talking to some high school girls disguised as Kanie) of how the woman he loved most married a guy that he disliked, and that he has to take care of their daughter. Many remarks in the Anime (siscon) indicate that the woman is Moffle's older sister and the daughter Latifa.

She places the responsibility of the future of the park on his shoulder, which suggests that she trusts him greatly. Seiya himself seems rather apprehensive towards Latifa, which is probably because she kissed him out of the blue. Seiya has coincidentally met Latifa crying atop of Maple Castle during his childhood. Upon failing to make comfort her, he promised her that he would help her. It is very possible but not confirmed, that Latifa has romantic feelings for him.

Isuzu is the First Royal Guard and looks after Latifa. They seem to have a respectful and friendly relationship, as Isuzu lets Latifa be alone with Seiya. Latifa is also quick to ask for Isuzu's help whenever there's trouble.

One of Latifa's power is to give someone/human a power by kissing them. Such as Seiya, he was granted a power to read people's mind by Latifa when she kissed him. 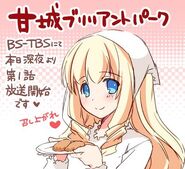 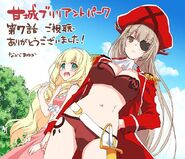 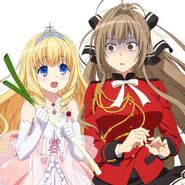 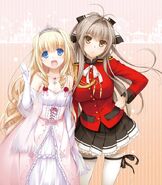 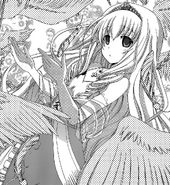 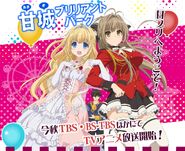 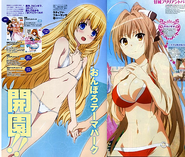 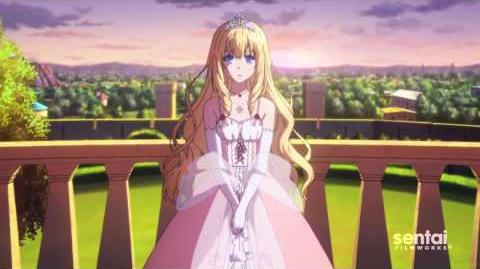